Releasing the Victim Mentality to Become an Empowered Survivor

Do you ever feel like the world is against you? That it's not worth feeling good because something bad always seems to happen to you? We call this victim mentality or victim consciousness. When bad things happen to us, especially if they repeatedly happen, it's easy to say, woe is me. It's easy to think, everything is happening to me. It's easy to believe, the Universe has it out for me. But the reality is quite the opposite. Being alive is a miracle that should bring awe and not woe. Everything is actually happening for us and not to us. And the Universe is ready to help and support; all we need to do is ask. When a person lives in victim consciousness, they deny any personal responsibility. This means they are unable to reflect on their own actions and words, believing people/the world are essentially conspiring against them. It's never their fault, and they always have a right to complain about it, diminishing the narratives of others in the process. (Victim Consciousness)

For example, Peter always has something to complain about, and he spreads his misery to everyone he encounters. It doesn't matter if you're having a bad day because his day is always worse. He will tell you about the difficulties his mother is facing, his sick cat, the pothole he hit on the way in, and how he feels he is going to get yelled at later in the day for something that hasn't even happened yet. There was even a day when he was praised at work in front of the entire staff, but he told some of his colleagues that the praise wasn't real, and they did it out of pity. No matter what you say or do, Peter is going to believe the world is out to get him. And unfortunately, it's causing the people around him to step away. Having a victim mentality harms all. It negates the emotions or feelings of the other and reinforces trauma and or black and white thinking in the victim. In this case, Peter could be dealing with some family troubles and be a bit frustrated because he needs to get an alignment on his car, but because he is living in a victim mentality, all of these things compile in his mind and stop him from releasing the moments, which in turn, he transfers to his coworkers as a coping mechanism. He is unable to get out of his own way and is losing friends in the process. And when he realizes he is losing friends, it reinforces his negative views of the world. It becomes a vicious cycle.

When talking about victim consciousness, it's important to talk about how people develop this mentality. There are many significant ways in which a person starts to use this lens and the most common stems from trauma. Many people have valid reasons for living in this scarcity mindset, which is not to say other people's experiences aren't valid. But when we talk about trauma and repression, we are talking about serious psychological issues stemming from significant events such as crisis, illness, and other difficulties that typically form in childhood. For example, if a child was suffering from emotional or physical abuse at home, it's easy to see how a person would live in that scarcity mindset as an adult. The same with traumatic events such as loss, environmental disasters, and more. The brain and the body have become the victim to something external and use this type of mindset to process and survive. Take Peter, for example. He lost his father a few years back to cancer, and he is struggling to deal with those emotions. Since then, he has felt there is a rain cloud following him. He is living in victim consciousness waiting for the next bad thing to happen.          When we follow these types of patterns, we live in fear, and rightly so. If someone assumes everyone is going to abuse them, or something bad is going to happen based on past events, they are stuck in a cycle of fear stemming from significant experience. This type of mindset makes us feel powerless and reinforces the fact we are stuck in this hopeless place. But the bottom line of the victim mentality is that you are sabotaging your own life. Every time you choose to believe the world is happening to you and not for you, you put yourself in a place where you can never experience joy, love, and fun. This is not to say your feelings aren't valid; this is simply a reminder that there is more inner work to do. It's time to break the cycle and bring joy back into your life.

When bad things happen to us, we feel pain, sadness, fear, and despair, but we don't have to live in those spaces forever. Through therapy, perspective shifts, and positive coping strategies, we can break the victim mentality and bring peace back into our lives and the lives of those in our community. A good friend sat Peter down and gently spoke with him about these behaviors. Peter didn't realize how he was affecting others and didn't realize how miserable he actually was. He decided to go to therapy to work out the repressed feelings he experienced when his father passed. He also learned to change up his routine. Now, Peter exercises every day to move the negative energy out of his body, and he writes in his journal every day after work. He writes through victim consciousness to get it all out but then forces himself to write 5 good things that happened that day. At first, it was difficult, but now, Peter sees the beauty in the little things. He's shifted his perspective away from scarcity and over to abundance. He's realized the difficult moments are lessons and not punishments.

Sometimes we are our own worst enemy, and the self-sabotage stemming from repressed emotions can cause us to create addictive patterns to cope. If you or an adolescent you know is struggling with addiction, reach out to Stonewater Adolescent Recovery Center today. Our staff will provide you with an individualized treatment plan to figure out what you need to release past pain and control your addiction. Call today: (662) 478-9463 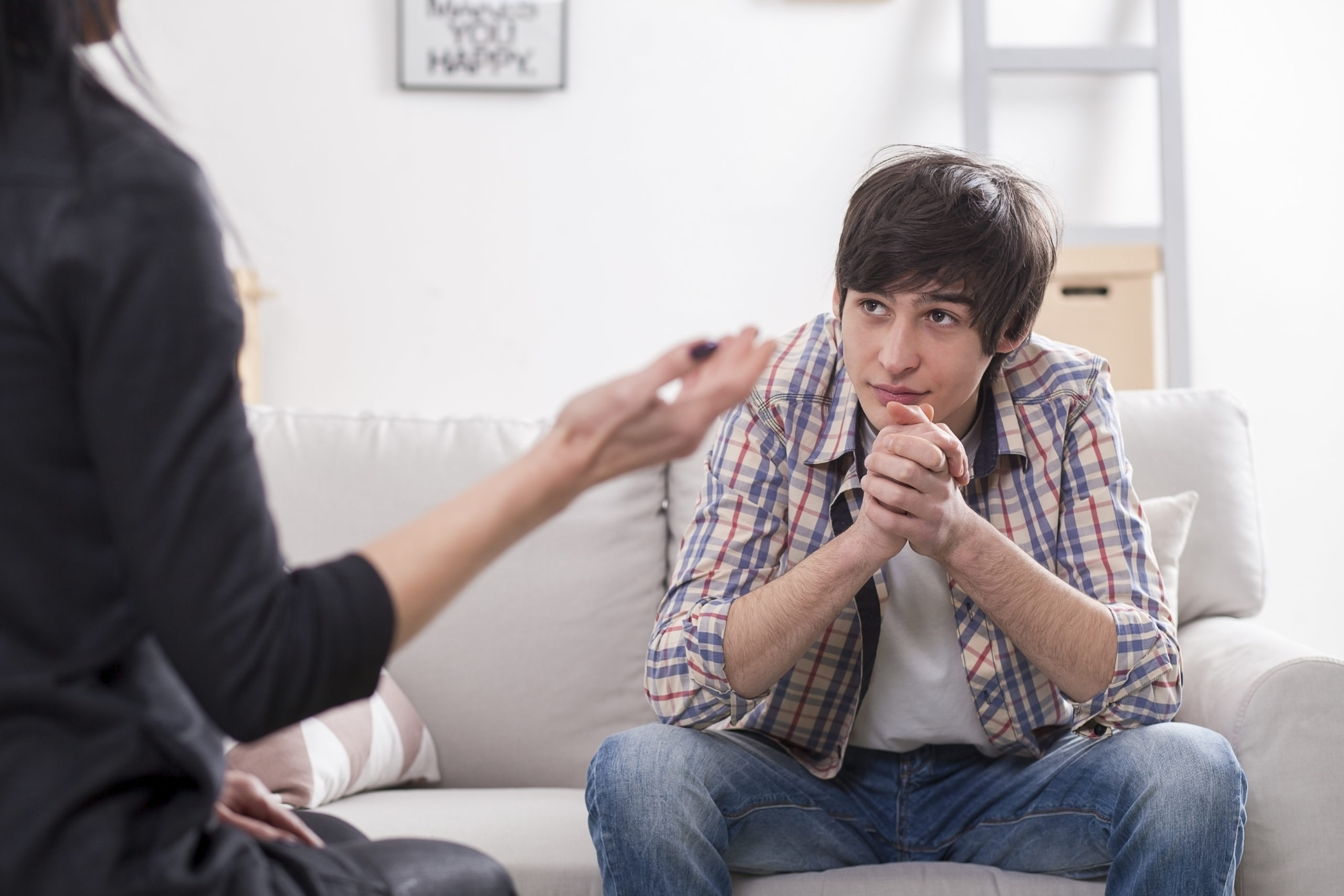 The Truth About Being Too Sensitive

3 Ways To Help Your Son Protect His Mental Health