Saying No: Creating Boundaries and Self-Worth

Boundaries are an essential component of mental health. They are the dividing line, an invisible barrier, between a person and the external world that creates safety, healthy relationships, and peace. Ultimately, boundaries tell others how to treat us and illuminate self-respect. There are many ways to create boundaries, but a simple entry point is saying no. It seems easy, but in the moment, it can feel like running a marathon barefoot. It can feel impossible. Why is saying no difficult? Because there is a voice inside the programmed mind that says not answering the phone when a friend calls is mean and not taking an extra shift at work is lazy. It says self-care is selfish and others come first. It says tolerating abusive family members is normal and insists that toxic relationships are a normal part of everyone's life. The root cause of these narratives may differ from person to person, but the one thing all must face is jumping over the two-letter hurdle that feels impossible and terrifying—the word no.

What Happens When We Say Yes?

When saying no feels difficult, it typically means we are more focused on what others think than our own feelings, needs, and requirements. It means we are willing to lose ourselves in order to maintain a conflict-free moment. We fear retaliation, anger, or drama. But what really happens when we don't say no? Jada has one hour to herself before picking up her kids. She's had a terrible day at work because her boss took out his anger on the office. She needs a minute to herself, but her best friend wants to vent about her bad day. Jada picks up the phone, soaks in all of her friend's negativity, and becomes even more drained than she was before. Shaun felt like he couldn't say no to overtime. He was already overworked and put in for this particular weekend off a month ago. When confronted by his boss, he froze and catered to his boss's needs instead of his own. He didn't want to have what he thought would be a tough conversation because it felt too uncomfortable. Then there's Jackson. He has a family party coming up, but every time he sees this side of the family, he is triggered by their toxic behaviors. He feels as though he has to go because it's family but knows it will result in a tear-filled car ride home. They bully him about his clothing, his sexuality, and his opinions. Thinking about these scenarios can help us reflect on our own lives. What would we do in these situations? What is your go-to response when you are put in a situation you want to avoid?

What Happens When We Say No?

To help alleviate this terror in a moment of potential conflict, take a second to look at the other side of each situation and realize what's being sacrificed on the other end.  If Jada says no, she will be in a better place when she sees her kids. Saying no means time for her to decompress, alleviating the stress from her day that she could potentially pass on to her kids. What if the overtime causes Shaun to miss his niece's first dance recital, which is the reason he put in for the day off last month? Wouldn't it be better for him to remind his boss of his previous commitment and honor his family over honoring his employer? What happens when Jackson goes to the family party and deals with a toxic relative that triggers a state of panic? Is it worth feeling depressed and anxious for days on end because his relatives are not doing their own inner work? Last time, Jackson ended up canceling a movie date with friends because he was too upset to hang out. In the scenarios above, what is gained by saying yes? Maybe the guilt of saying no is avoided, but this creates more emotional baggage on the other end. Exhaustion, anger, resentment, and anxiety surface. Saying no might feel difficult in the moment but playing the tape to the end and being honest with the outcome might reveal a greater reason to fight through the fear of the other's response. The bottom line--it's okay to say no! What you allow is what you teach, so start teaching others your worth. It's clear you're hearing everyone else's requests, but what about your own? It's important to stop and listen to your needs, then assess if you have more to offer others. It may take a couple of tries before we hear what we need because we've been ignoring that self-care voice for years. Just like any other skill, with practice, it becomes second nature.

Acknowledging addiction is the first step, but with treatment comes life changes that can be difficult to manage. If you or an adolescent you know is struggling to set boundaries because of addiction, reach out to Stonewater Adolescent Recovery Center today at (662) 478-9463. Speak to our passionate staff to learn more about self-worth and healthy limits. We are ready to get you back on track and teach you to create a life of inner peace.

High Schoolers are Having Less Sex 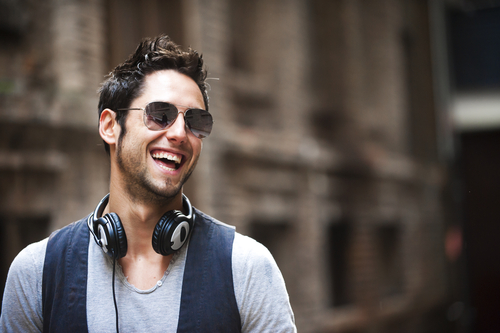 My Parents are Impossible. Why Should I Talk to Them About My Life?

What Your Son Needs To Know About Crying