What Can I Do About My Teen Sexting? 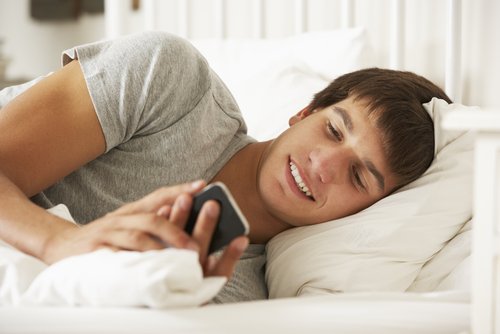 Digital media can be easily accessed by adolescents these days. So much in fact that many times parents are unaware of the activity that teens engage in on their phones, tablets, or computers. There are many different outlets for teens to communicate with their friends on messaging services such as text messaging, private messaging, social media chat, and smartphone apps such as Snapchat. All of these platforms support instant messaging while also allowing users to include a picture that can lead to what is known as sexting.   According to Urban Dictionary, sexting is defined as the act of text messaging someone in the hopes of having a sexual encounter with them later; initially casual, transitioning into highly suggestive and even sexually explicit. It can be incredibly scary and disheartening for a parent to think of their little girl or little boy engaging in behaviors unfamiliar to them, using technology they didn't have growing up. The American Academy of Pediatrics (AAP) has released data which shows that around 7 percent of teenagers are sexting regularly. To put that number in perspective, approximately 1 in 20 students in a classroom is sexting. This is one too many. The consequences of sexting can follow around a teen for years to come. Teenagers already typically label one another into unfavorable classifications and sexting can put a modern-day scarlet letter on them. A negative reputation can ensue from making one bad decision of sending a nude picture or a message with sexually explicit words which can affect their self-esteem and further complicate their relationships with others. As a parent, the best thing you can do to combat sexting is talk to your teen about the consequences of sexting including legal issues that can come about. Even if they are the recipient of a picture, having the picture or a screenshot and showing it to others can cause legal problems for them depending on their age and state laws. Discussing all the outcomes while talking to them about safe sex can help to better control their sexual curiosity and give them the appropriate knowledge they need to understand the truth of sexting. Most teenagers cannot comprehend what could happen in the bigger scheme of sexting. You may be thanking your lucky stars that social media was not around when you were younger although your teen might be vulnerable. Go over the different scenarios with your teenager because once the picture is sent there is no going back.

What Is ‘Self-Trolling', The New Trend Of Self-Harm Among Adolescents?

Being in Nature Helps with Teen Mental Health