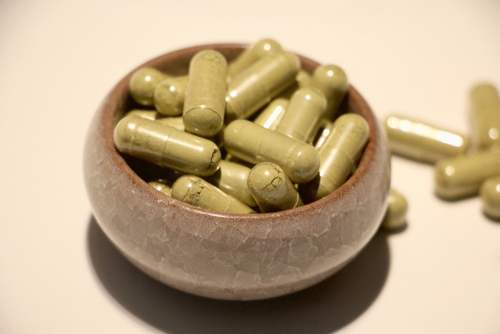 Convenient stores started carrying questionable beverages a few years ago which raised alarm in treatment centers around the country. Clients who were recovering from opioid addiction started acting like they were on opioids again though their urinalysis tests were negative. Behaviors changed. Personalities changed. Drinks that had the substance “kratom” in them seemed to be the common denominator. Treatment centers often advise against consuming energy drinks or highly caffeinated drinks for their mind-altering and mood-altering effects. Drinks which contain kratom produce a whole other list of effects. Problematically, the alterations caused by these beverages can stimulate cravings for a client’s original drug of choice. Additionally, the substances themselves can become addicting. Recently, the FDA, the Food and Drug Administration, finally ruled that kratom is not just a ‘natural plant’ that manufacturers have attempted to claim it to be. The substance has been the epicenter of endless controversy. Treatment professionals and medical professionals have warned against the mind altering effects of kratom and how the substance can be addictive. Similarly, other treatment professionals as well as medical professionals have tried to fight for using kratom as a medical assisted treatment form. Since the kratom substance acts like an opioid and is considerably safer than an opioid, they claim, it should be used as a form of treatment in fighting the opioid epidemic which claimed more than 60,000 lives in 2016. The FDA decided to fully investigate and research the substance before making a final decision. As for the argument that kratom is a safe plant, the commissioner had a wise response: heroin is also derived from a plant. On Tuesday, February 6, 2018, FDA Commissioner Scott Gottlieb, MD, released a statement on Kratom. Men’s Health reports that the FDA’s research “...revealed that the compounds in kratom have structural similarities to opioid painkillers, and some of them bind to the same opioid receptors in the brain.” Gottlieb specifically commented on suggestions for using kratom as a form of treatment for opioid addiction. “There is no reliable evidence to support the use of kratom as a treatment for opioid use disorder and significant safety issues exist,” the article quotes Gottlieb. Kratom can cause the same respiratory depression that opioids cause, which is a serious threat to livelihood.

Kratom can be a dangerous substance. Opioids of any kind are life threatening. If you are the parent of an adolescent or teenage male struggling with addiction, there is hope. Help is available. Stonewater Adolescent Recovery Center offers life changing long term residential treatment programs for addiction and alcoholism. For information on our Mississippi treatment programs with academic support, call us today: 662-598-4214

Even Superheroes Get Taken Down by Substance Abuse