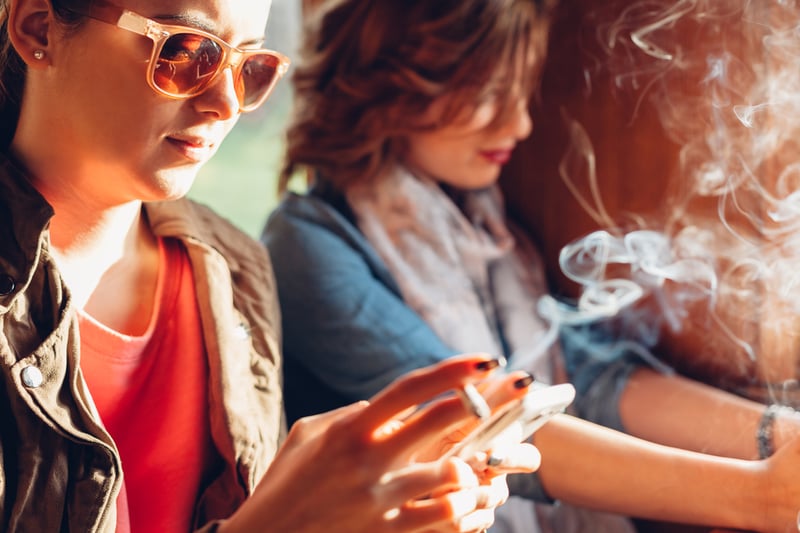 The Centers for Disease Control used data from the Global Youth Tobacco survey to gain a global understanding on the state of tobacco use among teenagers. Part of the World Health Organization, the survey examined rates of smoking among 170,000 13-15 year olds in 61 countries, asking about how they feel regarding tobacco use in addition to the kinds of measures local or national governments take which succeed in preventing teenage use of tobacco According to NPR , “Worldwide, about 10 percent of the youngest teens smoke...but in some countries, numbers are significantly higher, especially among boys.” Fifteen percent of boys surveyed for the study said that they had smoked tobacco at least once in the previous 30 days. Just over half that amount, seven and a half percent, of girls reported the same. Tobacco use among teens has been targeted since the 90’s and before when the government finally took a stance against “big tobacco”. Famous lawsuits targeted specific cigarette companies who were targeting youth populations with their marketing. Cigarette use in teenagers has been a chronic problem for years. High schools and middle schools have tried to address the issue by banning the use of cigarettes on campus, but cannot control what teens do outside of their campus perimeters. Cigarettes and other tobacco products have long been a symbol of being rebellious in some way, which is often synonymous with being “cool”. Eager to fit in and be respected among peers, many teens begin an addiction to cigarettes out of just wanting to fit in with others. Nicotine has been legally recognized as an addictive substance and the harmful health effects of cigarette smoking are now well known. Lung cancer, emphysema, mouth cancer, and more can result from long term cigarette use. The age for buying cigarettes has steadily risen in many states throughout America. Tobacco 21 is a national campaign which seeks to raise the federal age limit for buying tobacco products to 21 years old instead of the nationally recognized 18 years old. With older friends, older siblings, or willing adults, it is easy for teenagers to gain access to cigarettes or other tobacco products.

The World Health Organization found that these techniques and prevention measures had the greatest effect in reducing the use of tobacco among teenagers:

Cigarette use is common among teenagers who abuse drugs and alcohol as well as tobacco. Smoking cessation is a necessary tool in recovery and relapse prevention. For teens and adolescents in recovery, cigarettes have to be banned in order to reprogram behavior which enables breaking the law. Stonewater Adolescent Recovery Center focuses on smoking cessation and relapse prevention as part of a comprehensive and customized treatment plan for each adolescent in our program. For information on our residential programs, call us today: 662-598-4214.

What Meditation Really Does for Teens