Teens Happier When Hanging Outside with Friends, Not on Their Phones 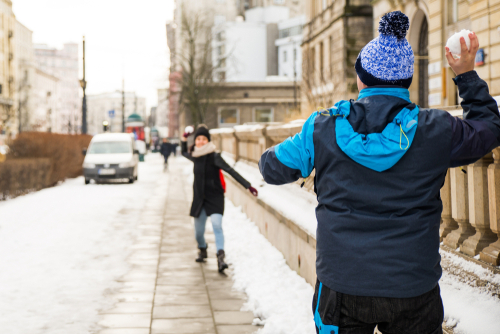 Parents have been complaining about their kids’ smartphone use for quite some time. Before smartphones, it was video games. Before video games, it was computer games. Before computer games, it was television. For decades, technology has been stealing kids’ attention and preventing them from spending time outdoors. Today, technology ‘addicted’ teens would rather sit in the same room texting each other than going outside and playing. Without rules, an outcome, or a purpose, many kids find difficulty in just playing . Though kids may protest, research has found that kids are actually happier when they are outside playing with friends in real life, as opposed to when kids interact with their peers online. This new research adds to the multitudes of research which has found that spending too much time online, on social media, and interacting with digital devices is bad for teens’ mental health. Depression, anxiety, body image issues, bullying, and much more have resulted from teens’ time spent connected to technology. San Diego State University conducted the study which looked at eighth through twelfth graders throughout the United States. Teens who spent more time than their peers using technology did not measure up as happy as their peers who got outside and interacted with friends in person. Though the lead researcher admits the study cannot prove causality, it does correspond with the other volumes of research which show tech teens aren’t happy.

It might seem strange for parents to ‘punish’ their kids by forcing them outside to hang out with their friends. Many teens would take such a sentencing as a punishment. Parents can lift the pressure of tech free time by setting ground rules for the home which everyone participates in. Put a safe or a lock box in an obvious place where everyone places their digital devices during one point in time during the day, or many. While devices are locked away in the box, everyone has to be present, outside, or with friends. Family meals and family time are a great way to start. When teens have friends over, ask everyone to contact their parents for a check in, then collect their devices for at least an hour. Encouraging more time outside will have exponential benefits. Research has found that people who exercise outside are more willing to exercise and get outside. Quickly, your teen will learn to drop the addictive behaviors associated with digital device use and turn to healing, nourishing, refreshing behaviors which make them healthier, as well as happier. 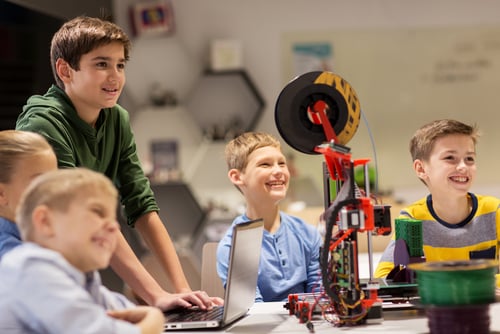