What's the Harm in a Little Lie?

When a parent catches a child in an elaborate lie there is at least one split second where the parent may be thinking two distinct things. First, a parent is probably angry with the child for lying and going to such great lengths to perpetuate the lie. Second, somewhere deep within, the parent may even be impressed. The ability to fabricate, manipulate, push, and get away with an elaborate lie for an extended period of time is mind-boggling. In fact, lying at an early age is a sign of intelligence. Children learn the difference between right and wrong as they go, which is why parents are angered when their child so clearly demonstrates behavior they've learned is wrong. Often, parents ask themselves, “What were they thinking?” How do children interpret lying? As parents, we try to teach children that lying is bad. Inevitably, in a moment that most parents experience, our children catch us lying, then promptly point it out. “Mommy, Daddy,” they say. “That’s lying.” Adding insult to injury, children usually say something like, “Lying is bad”. We know that they are right and we then feel morally convicted by our young child. At that moment we unintentionally introduce children to different kinds of lying and the ability to justify a lie. The message here, though not deliberate, is that lying isn’t necessarily always bad. We justify the use of a "white lie" or we tell our children that sometimes lying is acceptable, though only grown-ups can make those kinds of decisions. We hope that the youthful innocence of brandishing all lies with a “bad” interpretation sticks. But our children often grow up into older children, adolescents, and teens with the idea that there are gray areas when it comes to being completely truthful.   An article by Big Think which investigates how young children learn to lie while playing competitive games cites a 2016 study that measured how children react to different kinds of lies like "white lies" or false confessions. “The results showed that younger children tend to classify all types of lying as bad, while children ages 10 through 12 saw lying as a morally complicated act.” Rather than be morally extreme in terms of good or bad, older children are morally flexible. The article quotes co-author Shanna Mary Williams who explains that, “The older they are, the more interested children are in the consequences of these actions.” Children learn that lies are flexible, which indicates to them that consequences must also be flexible. Ongoing, this creates a problem for parents trying to set boundaries and enforce rules.

Parenting a teenager is challenging. Parenting a teenager in recovery from addiction is a journey. Start your journey to family recovery at Stonewater Adolescent Recovery Center today by calling for information on our residential programs offered to teenage boys and adolescents. 662-598-4214.

Why “What Happened” is Your Superpower

Fruit and Vegetable Survival Guide: How to Get Your Kid to Eat Them 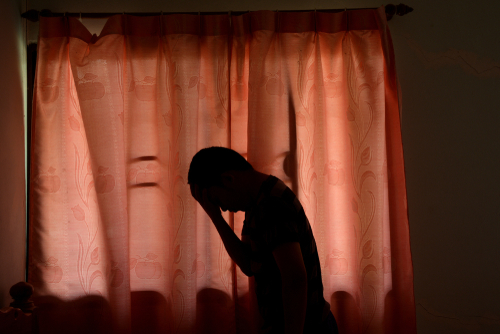